Thanks to SWOSU’s new high-speed connection, they were able a envision a space where students could come together to practice their research computing craft. This space became Blue Thunder Alley. Initially Blue Thunder Alley was created to pay student workers to develop tutorials on research computing, but over the years it has grown exponentially.

The student-led organization known as Blue Thunder Alley now builds the computers, manages the operating systems, and even controls the firewall and network. Normally this type of research is exclusive to faculty and professional research teams, but Blue Thunder Alley allows students to gain expertise at a much younger age and refine their craft. They use a direct 10G OFFN connection that was deployed by both Chickasaw Telecom and OneNet in an area independent of SWOSU’s primary internet connection.  Prior to SWOSU connecting to OFFN, the research team shared connections to the school Wi-Fi and a single data port in an office.

“OneNet’s OFFN network connection impacted SWOSU’s research and educational initiatives by the system administration being turned over to eager students who want experiences. Because the students often graduate and get great jobs, we often get the opportunity to change directions,” said Dr. Jeremy Evert, a lead researcher at SWOSU. 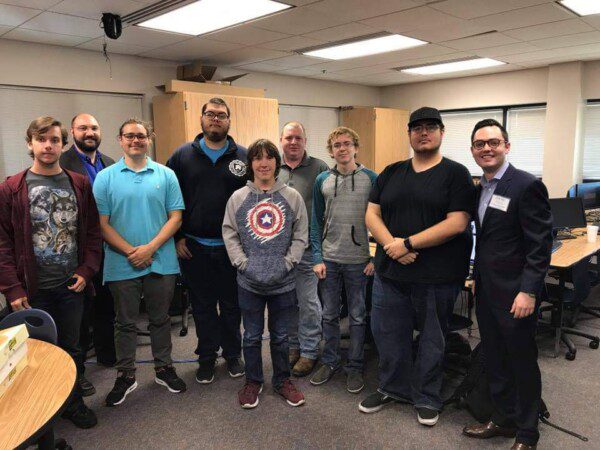 For several years, SWOSU has been building up research computing capabilities, including a networking grant to allow for high-speed connections for their research computing equipment. In the past they have supported several student projects related to the National Science Foundation (NSF) XSEDE EMPOWER program, the Blue Waters Student Internship Program, and the Oklahoma High Performance Computing Competition.

Recently, with help from OneNet, they partnered with the Great Plains Network CyberTeam to connect SWOSU servers to the Nautilus research platform. This allows students at SWOSU to log into a server from anywhere in the world and work on their computing projects on any network connected device, like an iPad.

These are just a few of the success stories.

“One of the most rewarding stories from Blue Thunder Alley is the reaction from the Everett Dobson School of Business and Technology Advisory Board members. We brought them into Blue Thunder Alley and let our Computer Science students explain what they were researching.  Our Advisory Board consists of 12 highly successful business men and women from various industries, and they were thoroughly impressed with the students and BTA’s function in their college experience,” said Patsy Parker, Professor and Associate Dean and Department Chair of Computer Science.

Initially funding for Blue Thunder Alley came through the Office of Sponsored Programs, which received its funding from the university. This was intended to help faculty initiate research projects. Since then, students have received funding through the NSF XSEDE Blue Waters Student Internship Program, the XSEDE EMPOWER Program, and the NSF Research Experience for Undergraduates. 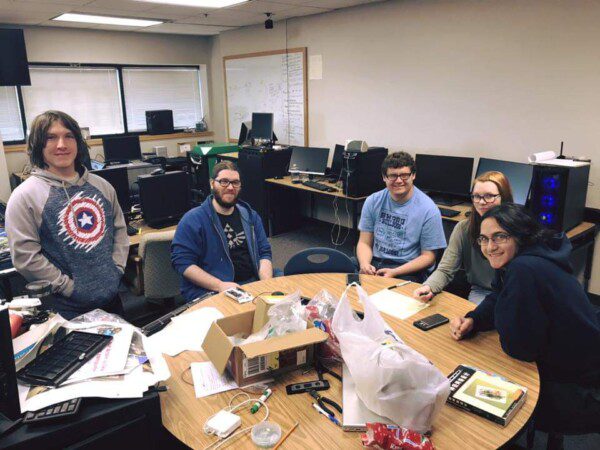 Students work on projects during Winter Camp, a time for them to bring their ideas and skills to Blue Thunder Alley

Students work on projects during Winter Camp, a time for them to bring their ideas and skills to Blue Thunder Alley

One of Dr. Evert’s favorite student projects is an upcoming grant proposal. “Two students are helping write a National Science Foundation Campus Cyber Infrastructure grant. SWOSU student Arianna Martin will help us turn the grant in just before she goes to the International Conference for High Performance Computing, Networking, Storage, and Analysis (SC21) as a student volunteer,” he said.

BTA’s student success stories drive OneNet’s goal to continue expanding the OFFN network to colleges and universities across the state.

The Blue Thunder Alley idea grew out of a need for a place for students to work together. BTA continues to provide students with opportunities, like the chance to work with OneNet to connect to the OFFN network.  Initially it started as a vision of students working together, but over the years it has developed into a cutting-edge student-led organization that allows students to gain advanced research experience, working hands on to manage their network and firewalls, and pushing the boundaries of new research initiatives.